HyperC is loading the code as constraints as opposed to loading instructions. This allows advanced processing of logic, working with non-deterministic programs, and higher levels of ambiguity than a typical compiler or interpreter can offer.

Directly processing high-level logic of Python code and higher-level logic of database schemas is a challenging task. So HyperC takes the approach of spliting the problem into “layers” that are easier to address efficiently. Eventually, HyperC will process select grounded states to resolve remaining ambiguity with a heuristically guided grounded planner.

The challenge is to apply as many optimizations as possible at every layer, including applying various machine learning techniques.

So HyperC takes advantage of a decomposed planning problem to decompose even further.

For example, modern approach to automatic proof includes various AI planning techniques. HyperC has a fully functional metaplanner - the implementation of PDDL planner in terms of HyperC Python (only the problem of planning is defined, not the actual algorithms) 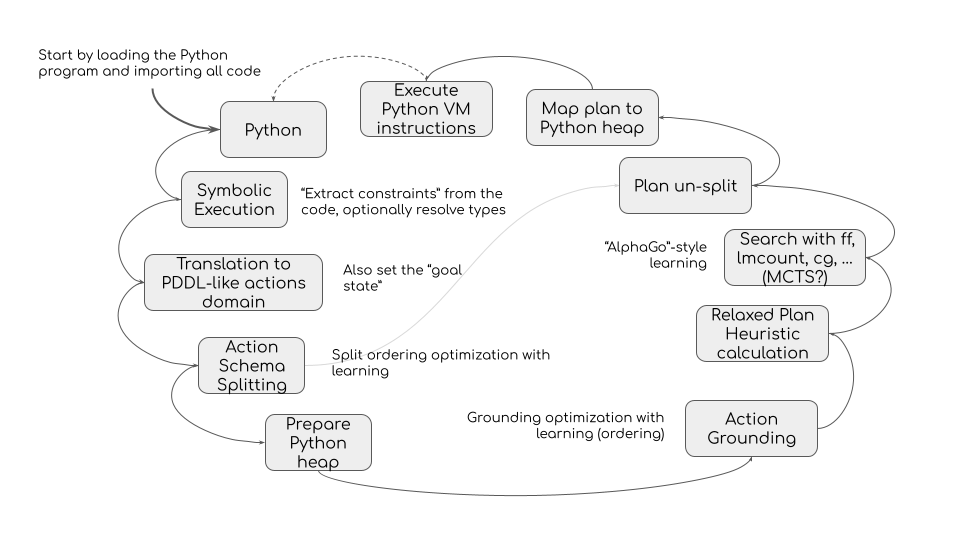